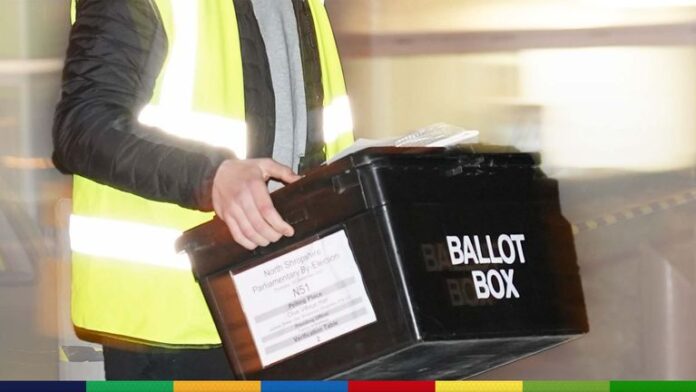 These results produced few surprises other than the fact that the Conservatives did better than many expected. Although they lost 10 councils and 336 councillors, in view of the recent issues affecting the leadership of the party (party-gate, sleaze and the continued mishandling of the covid pandemic, and Boris Johnson’s increasing unpopularity etc), it was not the melt-down that some predicted. The Liberal Democrats made gains, as did the Greens. The Liberal democrats won three councils and 220 new councillors and the Greens, 84 new councillors. According to the BBC, if the local elections had been held across all seats, the Lib Dem share of the vote would have been 19%. This would put them back to a level of support they enjoyed in 2014 prior to a significant drop in support they had until now. Most of their gains were in the South, Scotland and Wales and were at the expense of the Conservative Party, but they did make gains in some northern towns and cities. The Greens gained seats spread evenly across Great Britain – notably 5 councillors in North Yorkshire, England’s most politically conservative county. Labour trumpeted gains in London and did win three new councils but only gained 23 new councillors over-all. Notably, Labour lost control of Hull, one of Britain’s poorest cities to the Liberal Democrats. This underscores their continued unpopularity amongst working-class voters and a legacy of inflicting austerity. It also reflects on the unpopularity of Keir Starmer amongst working class voters, who see him as similar in substance to Tony Blair – a reflection of Labour’s be-suited past, where lawyers and businessmen carry more weight than trades unionists and workers.

Labour is probably seriously concerned about their lack of electoral progress and although polls could predict future electoral gains, because of the fall in support for the Conservative Party, there is no reason to believe that this will not be a temporary phenomenon. Labour’s share of the vote was only up by 6% against the Conservatives compared to the previous local elections when the Conservatives were on an electoral high and so Labour might have expected to make greater gains.

UKIP lost its three remaining councillors and Reform UK (former Brexit Party), got 2 councillors. This showed a low level of support for the right-wing populist parties, with the huge majority of voters choosing mainstream traditional parties. Voters who previously supported the right-wing populist parties might have been expected to switch their votes to the Conservative Party but this appears not to have been the case.

On the Left, TUSC got several creditable results, but has not made a significant break-through. Its share of the vote in mayoral elections was slightly up, but according to the TUSC website analysis the “results are still modest”.

These are worrying times for the Left in the UK. Not only is the Labour Party free-falling back into neo-liberalism, the Jeremy Corbyn phenomenon appears extinguished. Corbyn waits in the wings for his expulsion but, along with the rest of the Left, at this time, shows absolutely no leadership. However, according to the Morning Star (May 15th), there are rumours that Corbyn is planning to set up a new party. But these are rumours that have been circulated before. If he were to launch a new party, then this would gain support across much of the left – especially young, activist and middle-class voters. However, Jeremy Corbyn’s reputation has been tarnished and his previous lack of strength in leadership and refusal to act decisively to control pro-austerity Labour councils made him unpopular amongst many traditional working-class voters. If he were to set up a new party, it would at least provide a starting point for an attempt at left unity. Then, of course, the discussion to be had is what sort of political programme and structure such a party would have- and Corbyn’s record on these issues does not harbour much hope in these fields. Still, there is a massive layer of people who are thirsting for a more progressive and even socialist political vehicle. Whether Corbyn and his close supporters are up to leading such a movement is open to question but it would be potentially a promising development for the left in the UK.