Turkey: 7-year old Kurd, Mihrac Miroğlu, killed by police vehicle – but “it was his fault”! 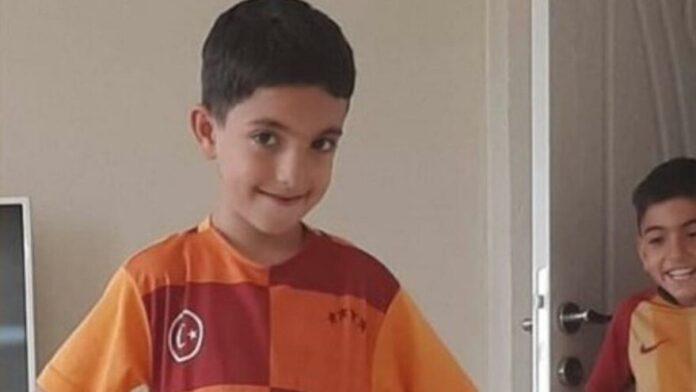 Seven-year old kid Mihrac Miroğlu was killed by an armored police vehicle in Şırnak’s İdil district on September 3, while he was riding his bicycle in front of his home. The policemen, who killed  Mihrac Miroğlu, were released after delivering a statement. It is still unknown if an investigation concerning the incident will be launched and if the poliçe officer driving the vehicle will be included in this investigation.

According to the Duvar website, a “report by the Turkish police has found that the seven-year-old Mihraç Miroğlu is  “the primary negligent party” in his death”! It also mentions that the only eyewitness confirmed that the vehicle was running at a high speed at the time of the accident.

My child couldn’t protect himself in the face of its speed. I will seek justice for my child, I will seek my child’s rights.

I cannot speak much. Let me tell you this: My child was insisting so much that I would buy him a bike. We were poor but we bought him the bike so that he would be happy. We didn’t know that an armored vehicle would come and hit him. I am so sorry, I will seek my child’s right…”

Sırnak is a mainly Kurdish province in the Southeastern Anatolia region. As in almost every province where Kurds are the majority, military armored vehicles are constantly circulating on the streets for “security reasons”.

Such “accidents” have happened before in the region. According to a report by the Diyarbakır Branch of the Human Rights Association in 2019, armored vehicles hit pedestrians at least 63 times in Eastern and Southeastern Anatolia between 2009 and 2019; 36 people, including 16 children and 9 elderly people, lost their lives and 85 people were injured.

The fact that children live and play near armored vehicles, shows how the value of human lives considered as the “enemies” of the turkish state is discredited.

The death of Mihrac Miroğlu has created anger amongst the people of his area.