The “Democracy” of Cyprus: rapists, do as you please, no problem! 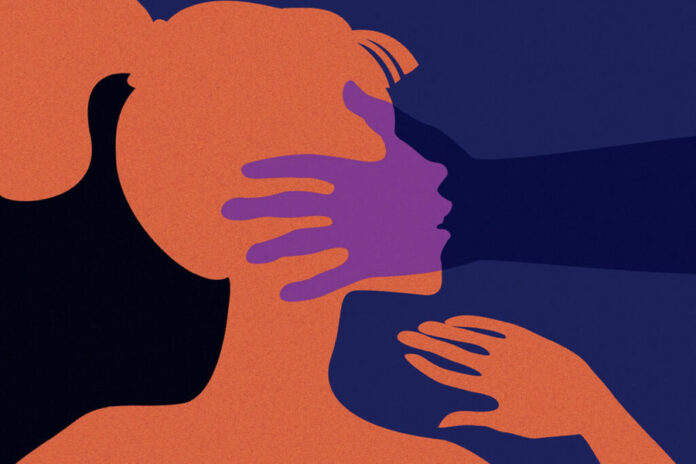 The Cypriot judicial system, more specifically the Famagusta district court, has gone beyond all limits. Two years ago a young English woman, aged 19, was working in the tourist area of Ayia Napa when she was raped by about 12 (twelve!) young men from Israel.  These men, who were also in Cyprus on holiday, are children of wealthy Israeli families who enjoy close relations with Benjamin Netanyahu, the Israeli president at the time of the rape.

The Cypriot police and the so-called “justice” system handled the case in a shocking way. The young English woman reported the incident the evening that the attack occurred. However, she was not immediately examined. Rather, the police told her to go back to sleep in the place where she had been raped – the hotel Pambos Napa Rocks (where she was accommodated). She was finally allowed to submit her official complaint/testimony against the gang of rapists to the police on the next day – 12 hours after the incident!

The 19-year-old woman reported that while she was having consensual sex with one person, the young man’s friends, about 12 in total, entered the room. She was forcibly held down in her bed while they raped her one after the other. Medical tests found DNA from four of these men.

Based on this video, the police summoned the woman again asking her to give some “clarifications”. According to her lawyer’s complaints, the police kept her for seven whole hours (!), she was denied the presence of a lawyer during questioning (!) and no translator was provided (!).

The police used these tactics in order to forcibly receive the “clarifications” that they wanted from the victim. Under the threat of being arrested, the victim was forced to sign a statement refuting the allegation of rape. She was then arrested and spent a whole month in custody! Instead of being treated as a victim, the young woman now found herself accused of a crime.

The Cypriot court convicted her for spreading false information and causing public harm to the Republic of Cyprus. This was on the basis of the statement retracting the rape allegation that she was forced to sign. The statement was obviously written by the police officers themselves, as the text was in bad English, full of mistakes and inconsistencies.

During the trial, the judge kept repeating that the accusation was “spreading false news and causing public harm”.  The judge denied that any rape had taken place, and that there was no formal allegation of rape. The appeal of the conviction will be heard tomorrow, Thursday 16 September.

It is easy to imagine what a nightmare the young woman went through.

After her return to Britain, supported by the people close to her and the feminist movements in Britain, Cyprus and Israel, she decided to fight against the Cypriot police and “justice”, and launched an appeal against her conviction.

The young woman decided to break her silence. In many interviews, she gave answers to all the lies circulated by the police and the Cypriot media during her trial. Her case has even been the subject of a documentary film. She has constantly been supported by feminist movements in all three countries.

As a result, other young women have found the courage to come forward and denounce the rape they had been victims of during their holidays not only in Cyprus, but also in other countries.

After being acquitted, the rapists returned to Israel under jubilant celebrations. They may not have been punished by the Cypriot state, but the women’s movement in Israel made sure that the facts would not be forgotten. Israeli feminists stood by the woman from the very first moment, called for mobilizations and demanded that the rapists be tried in Israel for both rape and distributing the video (which is illegal in Israel).

Hundreds of Israelis contributed to a fundraiser for the woman’s expenses. Over 50 people, men and women, went to Cyprus to participate in a demonstration along with the Cypriot feminist movement while the trial was taking place.

Had it not been for the movements in all three countries, the woman could have been imprisoned, while her rapists would have walked free and unharmed.

On Thursday 16 September the Supreme Court of Cyprus will hear her appeal. On that day, protests are called outside the Court and at the Cyprus Embassy in London.

It’s clear that the 19-year-old British woman is determined to fight to the end. Her lawyers say that if the case is lost in the Cypriot courts, which is not unlikely, they will appeal to the European Court of Justice. They actually may have much better chances of being vindicated at that level.

We can draw a number of conclusions from the above story.

First is the hypocrisy of the Cypriot state. On the one hand, the state is very active in denouncing the injustice it suffers “by the brutal, barbaric, undemocratic, regime of Ankara (Turkey) etc.”. At the same time, this same state does not hesitate to crush a victim of sexual assault. The state has treated her like an “insignificant” 19-year-old girl who dares to question what is sacred.  This is particularly evident in this specific case, as it risks upsetting the good relations being built between the Cypriot state and the Israeli regime, an “important ally” in the gas extraction projects in the area.

Secondly, we need to underline how important internationalism is. The feminist movement, made up of men and women, in three countries joined their voices to defend the young woman. Had it not been the case, the 19-year-old woman may have never found the strength and the means to fight this great battle against these 12 thugs, but also the Cypriot and Israeli states. This case clearly demonstrates the lengths the state will go to defend the patriarchy that is inherent to the capitalist system, and where its priorities lie.

Lastly, it is important to note that this struggle is not limited to this trial. It also needs to be directed against patriarchal structures in general, which are supported by the rotten capitalist system. We need to fight against this system which acquits rapists, “repeats the rape” and crushes the victims on the altar of its economic and political interests. This is why movements against gendered oppression must be made up of working class people of all genders, and take on revolutionary characteristics. The target must be the system of capitalism, itself.  There is no other way to put an end to this rot.

PS: At the time of the facts in 2019, the then mayor of Ayia Napa, Yannis Karousos, was threatening publicly of denouncing for defamation anyone who would dare to talk in a bad way about Ayia Napa. Soon after that, the mayor was promoted to Minister of Transport and Works by the government of Nicos Anastasiades. Well, no surprises there…

The Sowore candidacy and the 2023 Nigerian elections

The UK Strike Wave is intensifying