Evolving crisis in Kosovo could spiral into new bloodshed 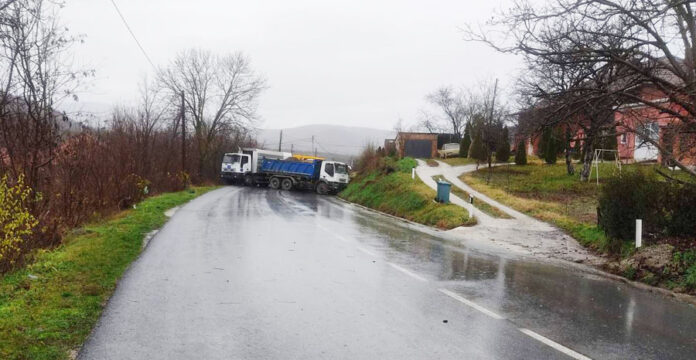 As we have wrote again in past articles, the war in Ukraine and the clash between the imperialist camps of the US and Russia-China are having a major impact on the situation in the Balkans. Most of the countries in the region are members of NATO and some of them aspire to join the EU. Serbia is the only one which maintains close relations with Russia.

The wars that broke out in the aftermath of Yugoslavia’s break-up and the restoration of capitalism in these countries have left open wounds and unresolved national issues, which resurface now and then. Kosovo is one of the regions that have experienced war in the late 1990s. In recent months, the situation has become increasingly volatile with fears of a new escalation.

The Serbs, a minority within the general population but a majority in the northern regions of the country, reacted strongly against this measure.

Blocks on the highways

As soon as the measure regarding car plates and ID cards was announced, Serbs living in the northern regions of the country used trucks to block highways connecting the north with the rest of the country. Consequently, a meeting was organised between Serbian President Aleksandar Vučić and Kosovo Prime Minister Albin Kurti in September, in which EU and NATO representatives also participated. Negotiations ended up in a deadlock.

After the meeting, Kurti accused Serbia of moving in line with Russia’s Balkan agenda, while Vučić claimed that “We do not agree almost on anything “. On the other hand, NATO secretary Jan Stoltenberg said that the 4,000 NATO troops in the country were ready to intervene if necessary. At the end of September, Serbia and Russia signed a pact of cooperation on various levels, sending a clear message to the EU and the US.

Withdrawal from all state institutions

At the beginning of November, Serbian MPs, judges and mayors, in the four northern regions where Serbs represent a majority of the population, resigned from their positions.

Today, Kosovo Serbs have withdrawn from all state institutions.

In December the crisis escalated even further. Following the resignation of the Serbian police officers, the Pristina government sent a police force of about 500 men to the northern side of the town of Mitrovica, which is close to the border with Serbia.

At the same time, it called early elections in the four municipalities where the Serbian mayors resigned, scheduled for December 18. The elections though did not take place after pressure from the US and the EU, who feared an escalation of violence.

On Tuesday, December 6, state buildings related to the elections in Mitrovica and Zubin Potok were attacked with improvised explosive devices. During that time, a Kosovo police officer on patrol was attacked by armed men and was slightly injured in the village of Serbovc, while journalists from the news outlet Balkan Insight were also attacked by masked men.

Kosovar police forces then seized Mitrovica’s town hall and installed Kosovar municipal authorities in place of the Serbs who had resigned.

The arrest of a Serb ex-policeman on charges of terrorism provoked a reaction from the Serbs, who set up new roadblocks on main roads near the border.

Last week, the government in Pristina submitted a formal application for EU membership, although Kosovo has not been recognised as an independent country by 5 EU states (Greece, Spain, Cyprus, Romania, Slovakia).

Serbia’s President A. Vučić’s response was a public statement asking for UN permission to deploy in Kosovo a police and military force of 1,000 Serbs. According to him, this “right” is provided by the UN Security Council Resolution 1244. In addition, it appears that Serbia is moving troops close to the border.

The government in Pristina is counting on the support of its Western allies. Recently, Kosovo Prime Minister Albin Kurti stated

“Serbia’s attempt to destabilise Kosovo will fail because we have allies in the US, the EU and NATO”.

Blerim Vela, advisor to the President of Kosovo, stated:

“Serbia’s regime is moving from covert violent actions of its illegal structures in Kosovo to overt threat to use police and military forces to conduct aggression against Kosovo.”

“As per Russia’s playbook, this is a blatant threat to endanger peace and stability in Kosovo and the wider region.”

Class internationalism – the only way forward

The area looks like a minefield and an explosion could be sparked at any moment. The peoples of the region have paid a huge toll through bloodshed and misery. The competition of the local ruling classes and their imperialist patrons leads to a never-ending nightmare.

More than thirty years have gone since Yugoslavia began to break up, and went from a one-party oppressive Stalinist regime to a series of oppressive, corrupt and exploitative capitalist ones. One-hundred and fifty thousand people, either dead or missing, paid for this transition with their lives, not counting those injured and crippled. Since then, the only thing that the peoples of the region have experienced is poverty, unemployment, massive corruption, nationalism and conflicts.

Those inhabitants of Kosovo who are of Serbian origin have much more in common with the Albanian-speaking workers than with the Serbian ruling class, and vice versa, Albanian workers have much more in common with Serbian workers than the Albanian ruling class. In the face of these developments, the only way forward is a common, internationalist, and class-based struggle of workers and youth, against the nationalists and the ruling classes of each side and against the interference of imperialists of both camps.

The Left internationally must take a clear stand against the oppressive measures of the Kosovo government imposed on the Serbian minority, such as the compulsory change of car plates and ID’s. At the same time, it must be recognised that the people of Kosovo have the right to self-determination, that is, to decide for themselves on the independence of their country. However, the same right must be recognised for the Serbs in the north of the country, who should be able to decide for themselves if they belong to Kosovo or Serbia. Under capitalism, such disputes are unresolvable, or their “resolution” can only come with armed conflicts and massacres.

Thus, the only possible way out is through the struggle of the workers’ movements on both sides, against the ruling classes, for the respect to democratic and national rights, aiming at a socialist federation of the peoples and the Balkan region as a whole. In order for this to become a reality, it is necessary to build mass parties of the revolutionary Left in the region. This seems to be a long way away, given the current state of the movements, but it is the only possible way for the future.