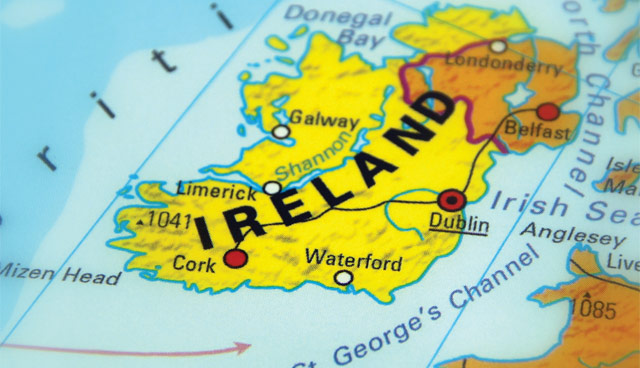 There have been some discussions in sections of the revolutionary left in Ireland on the issue of the Border Poll. This is part of an ongoing discussion on the National Question in Ireland, which has been widely debated among the Left worldwide. The new issue that came to the fore in this context is whether the Left should support the holding of a poll with the question to unite Ireland, and what position it should take in case this poll takes place.

We believe that this debate is of a general international interest and therefore publish articles related to it. If any of our readers have any proposals to include other articles in this collection, please contact us at internationaliststandpoint@gmail.com and we will gladly publish them.

Article by Paul Murphy TD of RISE. RISE is an eco-socialist group which emerged from a split in the Socialist Party in Ireland, and currently is part of People Before Profit. Published on January 27, 2021.

The Frog at the Bottom of the Well: Marxists and the National Question in Ireland

Ending partition and the question of a border poll

Response to Ciaran Mulholland’s article from John Molyneux, a leading member of the Socialist Workers Network (formerly SWP), a tendency of People Before Profit in Ireland associated with the International Socialist Tendency. Published on October 4, 2021.

A race against time: Agreeing an independent Programme for the workers movement on the partition of Ireland

This is the latest article by Ciaran Mulholland, describing the general framework and the importance of this discussion for the workers movement in Ireland. Published on January 31, 2022.

The National Question and a Border Poll

A critique of the RISE position by the Militant Left (CWI in Ireland) published on April 5, 2021.

Troubled Times republished – a Marxist guide to the national question

An introduction to Peter Hadden’s book Troubled Times re-published by the Socialist Party in Ireland (ISA), by Daniel Waldron, dated March 24, 2021. This article does not deal exclusively with the issue of the Border Poll, but takes up this question and criticizes RISE.

Article by Joe Duffy, a member of the Irish National Teachers’ Organisation and a delegate to the Dublin Council of Trade Unions, which addresses the “Uniting Ireland, Uniting Workers” document issued by Trade Unionists for a New and United Ireland. Published December 12, 2021.