The National Question and a Border Poll 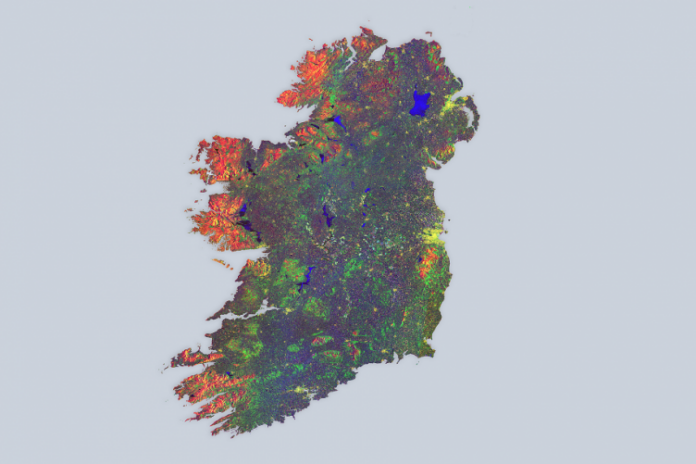 Militant Left (CWI in Ireland) has always held a position on the national question for over half a century that differs sharply from that of many other Left forces in Ireland, including People Before Profit/SWN. The CWI in Ireland always stood for Catholic and Protestant workers’ unity against sectarianism, state repression and discrimination, and for united class struggle to overthrow the bosses’ system.

During the ‘Troubles’ Militant (CWI) consistently opposed the bigots on all sides. We warned correctly that the British troops brought onto the streets in 1969 would soon be used mainly against the Catholic minority. We understood why many young working class Catholics turned to the gun in the face of massive state repression and Loyalist death squads and systemic discrimination, and due to the failure of the labour and trade union movement to provide a decisive lead to the oppressed minority, and unite the working class. But we also explained that the Provisional IRA’s individual terror campaign was counterproductive and would lead to a bloody cul-de-sac. The bombings and shootings could never win over working class Protestants and deliver a united Ireland but only helped increase sectarian divisions and strengthen the repressive capitalist state. In contrast, throughout the conflict (‘Troubles’) in the North, the SWP opportunistically acted as cheerleaders for the Provisional IRA, at different stages, reflecting the mood, at the time, in many Catholic working class areas.

The call for a border poll made today by People Before Profit is done in the same opportunistic and light-minded fashion as previous positions adopted by the SWP. They ignore the fact that a poll will risk seriously inflaming sectarian tensions, which are already rising sharply following Brexit. The crude calculus of such a poll, with a ‘50% plus one’ threshold, will only create further tensions and divisions within the working class and an ongoing and ever more intractable sectarian turmoil.

Most of the leading members of RISE, now members of People Before Profit, are former adherents to the Committee for a Workers’ International (CWI). Yet Paul Murphy TD has now abandoned the CWI’s class analysis and programme on the national question in Ireland, and its skillful and sensitive approach. He has joined in with PBP’s calls for a border poll, as it seeks to compete with Sinn Féin who have launched a strident campaign on the issue. Paul Murphy concedes in an article in the RISE journal, ‘Rupture’, that a border poll will be highly contentious and cause sectarian strife: “the possibility of this becoming a turning point for a descent into sectarian violence and clashes is real”. But for whatever reason, Paul Murphy has, in our view, abandoned his previous CWI approach and recklessly goes on to baldly demand a border poll and ‘Yes’ vote. He writes, “we should support the holding of a border poll… we should take a side on the concrete question of the border poll… in favour of re-unification of the island”.

Many working class Catholics in the North, of course, regard a border poll as a democratic expression of their right to determine their future as enshrined in the Good Friday Agreement. They will see it as a way to end their entrapment in the Northern statelet which for decades meant severe repression, poverty, joblessness, gerrymandering and institutionalised discrimination. Even with the changes and reforms brought about after decades of upheaval and the Good Friday Agreement, working class Catholics yearn for the ending of partition and for a ‘United Ireland’ which holds the promise of an improvement in their lives.

Militant Left stands for the maximum unity of the working class and wants to see the ending of all divisions and borders and for a socialist Ireland and socialist world. Marxists are also duty bound, however, to tell the working class the truth. There are many hurdles to be overcome before a border poll is called and no guarantee a first vote would see a majority ‘yes’ to a united Ireland, even if Catholics made up a majority in the North. But if or when a poll leads to a majority vote for ‘unity’ what would that signify?

A border poll under the present circumstances would not change by one iota the economic or social structures of capitalism on this island. A united Ireland today would yield a ‘united capitalist Ireland’ politically dominated by Right wing forces. Reunification attempts would almost certainly see the revival of the century-old taunt that “Labour must wait’” while the newly unified capitalist state stabilises. It is inconceivable that the main political forces, North and South, including Sinn Féin in the North, which have for decades reduced living and working standards, cut public services, allowed finance capital to dominate provision of housing, cut taxes on the rich and wasted tens of billions bailing out banks, will dramatically change course in a united capitalist Ireland. Certainly not when PBP themselves cannot bring themselves to challenge even the corporate tax haven status of the South, as it stands!

The risk of conflict is very real if there are attempts to impose ‘Irish unity’ should a border poll result in a narrow but highly polarised headcount in favour of reunification. Such a ‘reunification’ would offer nothing to workers; only reinforcing the dominance of the capitalist class, North and South, and would occur under the watchful eye of the imperialist UK, US and EU powers.

The sharply divided community geographies in the North make it all but impossible to see how a genuinely united Ireland could even be enforced by a capitalist government. The likelihood is high of an even more polarising situation and a slide into wider conflict and towards repartition. Such an outcome would be the worst possible result for workers in Ireland, reinforcing sectarian divisions while still facing an exploitative and rapacious capitalist class.

Conflict may even emerge while constitutional conventions or other bodies sit down to try to work out the details of ‘unification’ or try to devise some sort of constitutional fudge for the medium term due to mass Protestant opposition. The recent furore and growing opposition to the ‘East-West economic border’ in the Irish Sea is a just a foretaste of what might result if a capitalist united Ireland is enforced against significant opposition from the Protestant community.

It is not a question of Marxists conceding to a “Protestant veto” but understanding that opposition to Irish unification on a capitalist basis is a material factor. Sectarian divisions are a product of capitalism, colonialism and imperialism. The only way to end them is through removing the economic and social circumstances within which they persist. That means a united struggle of workers from across the sectarian divide to fight for better living conditions and for an end to the rule of profit that causes poverty and want – replacing capitalism with socialism.

Militant Left argues for the workers’ movement to build the forces of socialism on this island; to develop the maximum possible unity of the working class; to guard against any developments that could widen sectarian divisions and assist the ‘Divide and Conquer’ tactics of British imperialism and the bosses’ EU. Crucial to this, is building new mass parties of the working class, with a socialist programme, both in the North and South. Socialists must strive for concrete working class initiatives, involving trade union militants, as well as genuine community and young campaigners and others. These actions can help bring the two working class communities together to oppose the bosses’ system, and to deal with sectarian divisions and the national question on a class basis.

The bloody partition of Ireland was a monstrous crime against the working class on this island. It was the product of a stalled national and social revolution between the years of 1916-1923 and of a cynical British imperialist ‘divide and rule’ policy. One hundred years later, reunification is posed by Sinn Féin as inevitable and within grasp. However, as history has shown many times, not least in Ireland, where the workers’ movement and socialists subordinate the demands for socialist revolution to those of bourgeois ‘national’ interests, disaster quickly follows for the working class. The task for socialists must be to build for the socialist transformation of society. Overcoming partition and ending sectarian divisions on this island requires always linking the social, class and ‘national’ issues, as part of a socialist solution, every step of the way.

As James Connolly explained over 100 years ago when the whole of Ireland was still under colonial subjugation: “An Irish Republic, the only purely political change in Ireland worth crossing the street for, will never be realised except by a revolutionary party that proceeds upon the premise that the capitalist and the landlord classes in town and country in Ireland are criminal accomplices with the British government, in the enslavement and subjection of the nation. Such a revolutionary party must be socialist, and from socialism alone can the salvation of Ireland come.” (James Connolly, The Harp, March 1909)

Unlike People Before Profit, we do not believe the struggle for socialism can be contained in the slogan for a “32 County Socialist Republic”, which, in any case, has become a slogan indistinguishable from Left republicanism and republican paramilitaries and is therefore unappealing to Protestant workers.

It is necessary to take a socialist internationalist approach. For a socialist Ireland to be realised, the workers’ movement and the forces of socialism in Ireland, Britain and Europe would need to be much further developed and strengthened than at present. Militant Left wants to see the ending of all barriers between the working class of Ireland, north and south, and across Ireland, England, Scotland, Wales and Europe. We stand for a socialist Ireland, with full rights for the Protestant minority. The future socialist society would reject all forms of discrimination and any coercion of communities and minorities or else it is not entitled to be called a socialist society. We also put forward today the goal of a socialist Ireland and for a socialist federation of Ireland, England, Scotland and Wales, on a free and equal basis. This would be part of a wider socialist federation of Europe and ultimately the world. This rejects the notion that there is a national road to socialism in Ireland or anywhere on these islands, particularly in the age of globalisation.

People Before Profit’s approach to the national question and a border poll acts and will continue to act as an insurmountable barrier to its ability to win broader support amongst Protestants and also amongst all workers who instinctively understand the dangers of taking a one-sided approach. What is the position of PBP regarding the “greening” of the trade unions? The attempt by Sinn Féin and others to influence the trade unions to advocate for a ‘United Ireland’ policy (i.e. for a capitalist united Ireland) is a dangerous trend that can lead to divisions in the workers’ movement. In opposition, demands for “Orange” unions can take root as they have in similar conditions previously. This poses the threat of very damaging splits in the movement, if not cut across by activists successfully arguing for workers’ unity and a socialist approach, as Militant Left comrades in NIPSA and other unions do.