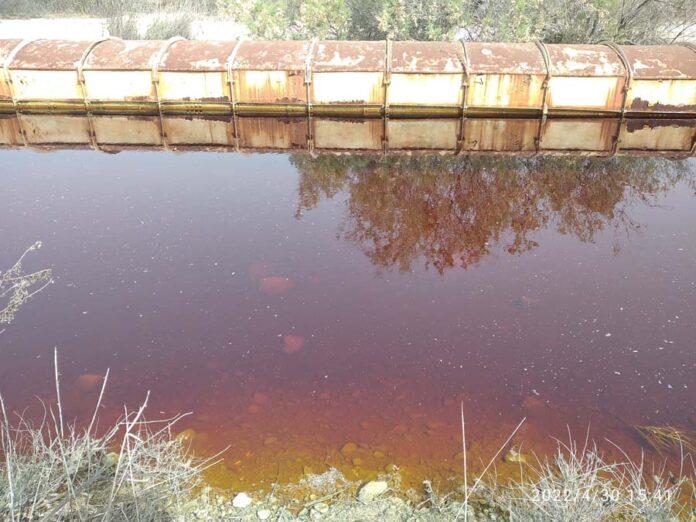 We publish the press release of the campaign Kazma bırak Κıbrıs/Μας σκάβουν τον λάκκο Κύπρος/Don’t Dig It in Cyprus, about a mobilization that is happening today, June 5. Kazma Birak is a joint campaign in Greece, Turkey and Cyprus against extractions and war.

World Environment Day is a day dedicated to encourage awareness and action for the environment.

The environment of Cyprus the last few years is deteriorating due to the neoliberal policies of the government of Anastasiades. Permits are given without real environmental assessment, or even despite them.

Since 2015 especially, new permits are given to the mining sector, to reopen mines or to extract new material like gold with chemicals such as cyanide which adds additional pollution to the environment.

Cyprus is already heavily burdened by the pollution caused by the previous mining activity and the companies’ unaccountability. None of the mining companies active in the past has taken responsibility to rehabilitate the areas they have destroyed.

Lefke, Xeros and Karavostasi are some of these areas. The open pit of Mavrovouni, the ores that are left around it, but also the polluted area of the treatment factory in Xeros and the platform and waste in Karavostasi, which closed in 1974, burdens the area until today. The pollution that the mines were causing to the water reserves and the soil of the area, still influences the farming but is also a danger to the health of the inhabitants.

What is more, Lefke and the nearby towns and villages are still polluted also from the current mining activity. The acidic discharges of Skouriotissa and Apliki mines end up in the river of Lefke and the underground waters of the area.

Now, Hellenic Copper Mines, embraced by the European Commission, wants to reopen the mine in Mavrovouni.

In February 2022, a meeting was called by the Aid Programme for the Turkish Cypriot community of the EU Commission, together with the Bicommunal Technical Committee on Environment, between the company and the people of Lefke, in the space of Lefke Environmental Association, in order for the inhabitants to accept the company to take “the waste” around the open pit mine of Mavrovouni.

The Committee promised that a lot of money would be coming into Lefke, but could not answer any of the questions of the inhabitants regarding the environmental impact of the project! In reality the Committee were asking the inhabitants to give a blank check to the company that will “rehabilitate” the area after they take the “waste”!

The inhabitants of Lefke, every year organize a protest outside of the CMC abandoned treatment factory. They have lived beside the pollution from the mines for more than a century. They know that the interest of all mining companies is profit.

They have also the recent experience of what happened in Mathiatis, where, some years ago, the same company in words was declaring that they will just take the waste of the old mine, but when the inhabitants read the actual project, the company wanted to destroy a huge part of the forest, ancient galeries that exist in the mine of Strogylos and possibly reopen the mine.

That’s what the inhabitants of Lefke believe will happen. The ores in Mavrovouni are not just waste. The mining activity in their area stopped because of the war, not because there was no more copper to extract.

What Lefke, and all Cyprus, needs are rehabilitation projects in order for the impacts of the previous mining industry to be minimised. What it needs is more life and no more mining.

We are in solidarity with the inhabitants of Lefke and the nearby villages. We support their struggle and will be by their side.

We will participate in their protests on Sunday the 5th of June, at 10 am in front of the CMC area in Xeros and we call everyone that wants to join us.