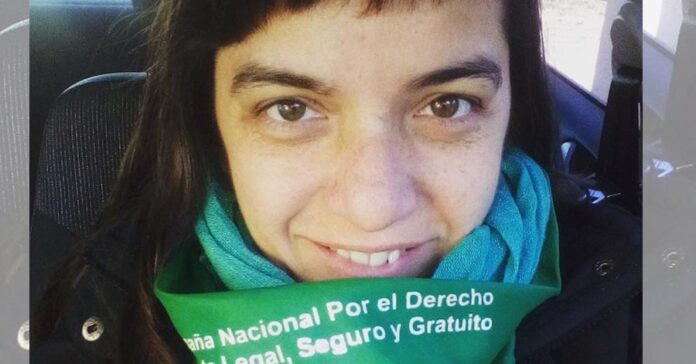 In the context of following the developments in Brazil and in PSOL, in view of the coming presidential elections, we publish an interview of comrade Veronica O’ Kelly, expressing the views of Alternativa Socialista, the Brazilian section of ISL, which is part of PSOL.

Q: Bolsonaro was elected to the presidency of Brazil back in 2019. How would you describe the years under his presidency and the regime he has imposed?

VO’K: Bolsonaro emerged from the disillusionment of the masses after 12 years of PT [1] governments. He won the elections in 2018, facing a great mobilization of women with #EleNão (“not him”). The process of erosion of his support was already advancing when his criminal handling of the pandemic the crisis of his government. In 2021 he faced the series of mobilizations that lasted 3 months, with massive and nationwide marches demanding “Fora Bolsonaro.”[2]

The bourgeoisie, that supported him in 2018, today reproaches him for not completing the agenda of reforms and adjustments. Even the Pension Reform that he managed to push through, is criticized for having been watered down. It is a weak government that survives due to the absence of mass mobilizations with sufficient strength to overthrow it, and the absence of a revolutionary leadership with mass influence which weakens the emergence of more advanced processes in the class struggle.

The regime was weakened and took on a more reactionary character after the impeachment [3] that overthrew Dilma. This, combined with the class conciliatory policies of the PT, opened the door for Bolsonaro.

His is a right-wing populist and authoritarian government. He tried to implement a Bonapartist way out, but never had enough support and, therefore, did not break the consensus of the bourgeois democratic regime.

Q: All polls show Lula, the candidate of the Workers’ Party, to be in a position to defeat Bolsonaro even from the first round. The fact is that Bolsonaro had won the elections by opposing the PT government of Dilma Rousseff. What were the reasons for the defeat of D. Rousseff?

VO’K: The PT was weakened by its 12 years in government, the result of having governed in the interests of capital and not solving the problems of the working class and poor people. Banks and agribusiness were the sectors that grew richer in those years. The capitalist crisis of 2008 lead to a period of harsh austerity measures against the masses, led by Dilma in her first term. In 2013, the emergence of mobilizations of the youth against the rise in transport fares was the spark that ignited a social explosion against the government.

In these conditions of mass unrest, unfortunately no sector or pole of the left rose as an alternative leadership. It is precisely from this rise that the ultra-right emerged, capitalizing on the so-called “Vem para rua” (Come to the streets) first, orchestrating Dilma’s Impeachment and then raising an, until then, little-known Bolsonaro to presidential candidate for president.

Q: What are the social and political conditions in which the election campaign in developing? Which is the direction in which Lula is moving and what are his relationships with the ruling class of Brazil?

VO’K: Today’s Brazil is marked by a deep social crisis, with rising rates of extreme poverty and hunger, rising unemployment and inflation, mainly impacting the basic food basket. The pandemic caused more than 600,000 deaths to date, and demonstrated the precariousness of a dismantled public health system, in addition to the government’s criminal policy that benefited from and committed acts of corruption. The war against Ukraine caused a new rise in the price of fuel, and with it, inflation rises again, which is generating further erosion of the government’s support.

Lula recovered the right to participate in elections after being acquitted of the Lava Jato (Operation Car Wash) judicial cases. It was one more demonstration that the Brazilian bourgeoisie has withdrawn its support from Bolsonaro and is preparing to bet on an alternation of government with Lula, after failed attempts to build a “third way.” This is why Lula’s alliance is conformed with an important part of the traditional Brazilian right, including Fernando Henrique Cardoso and Alckmin [4] himself, who has been appointed candidate for vice president.

Lula capitalizes on the anger against Bolsonaro and appears as the only alternative, but will introduce a Popular Front government that will have to complete the agenda of anti-worker reforms and austerity measures that Bolsonaro did not finish. And it will have to deal with the resistance that the working class will present, surely deepening state repression and always appealing to the discourse of the “lesser evil” to try to discipline the masses.

Q: PSOL is an important party of the anticapitalist left, on an international scale. Can you say a few words about its trajectory – creation, development and present positions?

VO’K: The PSOL emerged as a correct policy of currents of the Trotskyist left that, having been expelled from the PT for refusing to vote for Lula’s first anti-worker Pension Reform, called for the formation of a new independent party with a socialist program. As there was a diversity of organizations, including some reformists, a Broad Party of tendencies arose. Later, with the crisis of the PT that continued to expel sectors for the left, the PSOL grew.

Trotskyist tendencies represented a majority of the party at the beginning, but by gradually incorporating reformist groups and currents, without paying attention to the balance of forces, allowed the reformists to gain ground to the point of taking over the leadership of the party. The latest incorporation of Boulos [5], deepened this path that leads to the liquidation of the founding program of the PSOL. On the other hand, the sectarian errors of the PSTU [6], who refused to be part of this regrouping process, weakened the Trotskyists in the dispute.

Today we are at a pivotal moment, in a crisis that puts the continuity of the PSOL as we know it at risk. Important sectors, with important figures like Boulos, publicly declare that they are willing to form part of the Lula/Alckmin government. Meanwhile, Trotskyist currents such as Resistencia and Insurgencia, are part of the majority of the PSOL leadership, promoting the mistaken policy of electoral support for Lula/Alckmin, and keeping a complicit silence in the face of the capitulation of the sectors that are preparing to enter the next government.

Q: There is a lot of discussion inside PSOL about the position to be taken in the presidential elections of coming October. Can you describe to us the different positions?

VO’K: There are two positions: support Lula/Alckmin or present our own candidacy.

The first is promoted by the PSOL de Todos las Luchas [7] (PTL) bloc made up of the reformist currents and the Trotskyist groups Resistencia, Insurgencia and Subverta currents. They employ a deceitful discourse of working toward a “Left Front,” while Lula repeatedly clarifies that his front is broad, with the “democratic” right, according to him. The argument of this policy is that Bolsonaro is a fascist danger and must be defeated electorally in a front with the bourgeoisie.

The second, advocated by the left of the party, which we are a part of, defends presenting a PSOL candidacy for the presidency to offer the masses a socialist political alternative of the left, promoting Glauber Braga as pre-candidate for president. Failing to do this would leave the political space to the left of the PT vacant and, once again, open a door for the right to strengthen. Since there is not a fascist danger, the anti-fascist front policy that some indicate is mistaken.

Q: There is a wing inside PSOL which is in favour of joining a government of Lula. What will be the impact on PSOL if this line goes through? Will there be international repercussions if such a development takes place?

VO’K: There is a sector that publicly declares that it wants to “help the next government to rebuild the country”– i.e. it is ready to join the government of PT and its right wing allies, thus breaching the revolutionary socialist principles on which PSOL was founded. . What remains unclear is what the Trotskyist currents that are now part of the majority, supporting an electoral alliance with Lula/Alckmin, will do. Because they do not confront this capitulating policy, on the contrary, they continue to contribute with their support.

If this liquidationist policy is not defeated, the possibility of a rupture in the party is posed. That is why today it is so necessary to fight for the path the party will take, opposing any support or front with the bourgeoisie and defending the PSOL’s independent and socialist character. To reach out to the rank-and-file that is dissatisfied with this mistaken path and call them to form a pole of the consistent socialist left that confronts the majority.

Q: What do you propose for the anticapitalist Left in Brazil in order to go forward and build sizeable forces able to have an impact on the development of class struggles?

VO’K: In Brazil there is space to raise a political pole to the left of the PT which is why PSOL was the party that grew the most in recent years, despite the mistaken policies of the majority leadership. That is why it is important to fight for it.

And while we do that, it is necessary to strengthen the revolutionary, anti-capitalist and internationalist party, in order to advance the task of building the necessary revolutionary leadership to intervene in the processes of the class struggle that will come.

In Brazil, as in the rest of the world, the crisis of the system opens up scenarios of increased struggles in response to the capitalist attacks, so we can affirm that there will be opportunities to fight for the leadership of those struggles, firmly and with revolutionary coherence.

[4] Fernando Henrique Cardoso was a former right-wing president of Brazil. Geraldo Alckmin was a governor of Sao Paolo and a presidential candidate for the right-wing PSDB party.

[5] Guilherme Boulos was a presidential candidate of PSOL in the 2018 elections.

[6] Unified Socialist Workers Party (PSTU) is a Trotskyite organization, of a semi-mass character, belonging in the Morenoite tradition

[7] The majority block formed in the last PSOL congress