Brazil: Relief at Bolsonaro’s defeat, but no enthusiasm for Lula 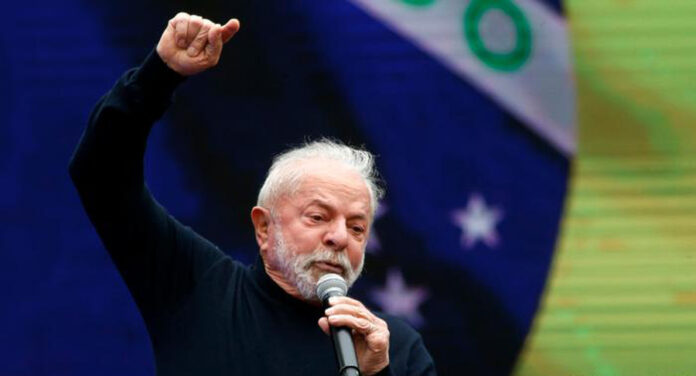 This article was initially published in Greek, you can read it at the Xekinima website here.

On the evening of Sunday, October 30, when Lula’s victory in the second round of the Brazilian presidential election was announced, many people took to the streets of the big Brazilian cities to celebrate.

Based on reports by both mainstream and alternative media, relief at Bolsonaro’s defeat rather than enthusiasm for Lula’s victory is the prevailing mood in the country.

The final results of the second round revealed not only that Lula’s victory was marginal, but also that Bolsonaro managed to win 7 million votes more than in the first round. Lula, on the other hand, only won 3 million more votes.

This narrow victory of just 1.8% initially intensified the rumors about the possibility that Bolsonaro will challenge the result in a Trump-like way. After two days of silence, in which presumably he was measuring reactions and making calculations, he finally seems to have accepted his defeat, even though some of his supporters continue protests and blockades claiming that Lula’s victory was based on fraud.

This came after some of Bolsonaro’s key allies declared in public that they accept the result. The leaders of the most powerful countries (such as the US, China, Russia, India, Britain) also rushed to congratulate Lula.

In his post-election statements, Lula appeared reassuring and conciliatory. As he said,

“I will govern for 215 million Brazilians, and not just for those who voted for me. There are not two Brazils. We are a single country, a single people, a great nation.“

These general statements about unity and “a single country” stand out against the backdrop of an extremely polarised campaign, with hatred and violence on Bolsonaro’s side, that even led to dozens of murders of Lula supporters. Moreover, they are also coming after four years of Bolsonaro’s rule, described as the most destructive in terms of social, economic and democratic rights of ordinary people- and also of intensified environmental exploitation and degradation.

Bolsonaro rallied the most reactionary parts of the ruling class and the impoverished sections of society around him. He consolidated an array of far-right groups and reactionary elements, cementing a solid base. This led him to present a solid claim for re-election. The result also proves that Bolsonarism is still a real force in Brazilian society, ready to fight back as soon as it finds the opportunity.

Faced with this situation, as well as high rates of poverty and inequality that plague the largest country in Latin America, Lula  strove to reassure big business that he will not touch their prerogative, instead of choosing a militant campaign with radical demands. He has moved even further to the right and chosen to run a modest, low-key campaign. Instead of rallying the most militant sections of society around him, he chose to claim the support of the more ‘serious’ sections of the ruling class –  which, after testing Bolsonaro, turned their back to him. The most striking example of Lula’s right-wing turn was the choice of his candidate for vice-president, Geraldo Alkmin, a man of the system who was Lula’s main rival standing with the traditional right-wing party in the 2006 presidential elections!

Despite his rightward shift, Lula prevailed because of the working class people and the poor’s disgust for Bolsonaro.

All those who have suffered from Bolsonaro’s criminal policies, have every reason to be satisfied with his defeat. However, Lula is facing huge challenges, which will affect the lives of millions of Brazilians.

Bolsonaro’s presidency wrecked the country. Hunger has skyrocketed, now affecting over 33 million people. Between 2019-2021 alone, another 9.6 million fell below the poverty line.

The average wage is at its worst level in the last 28 years. The economy as a whole is in much worse shape than during Lula’s previous terms (2003-2011), during which, under pressure from the movement, he had voted some beneficial measures for the poor.

In the context of the approaching international economic crisis, huge inequalities and the war in Ukraine that is further exacerbating problems, there is very little room for reformist policies. Nor are the capitalists going to make concessions out of good will.

In order to implement policies in favor of the people and the working class, to increase wages, to take measures against poverty, etc., it is necessary to break with the big capital and the corporate agenda. If such a radical policy is not put forward, the new government will be submitted into serving the needs of the system.

The example of SYRIZA in Greece is quite telling in this regard. The recent history of Latin American countries is also very rich and full of such examples. The same continent though is also full of magnificent movements, mass uprisings and revolutionary processes in almost all countries.

What these developments lack of is a mass political party of the Left, with a radical programme and the clear objective to confront the interests of big capital and to lead the struggle towards overthrowing the system. Both in Brazil and in the other Latin American countries today, the will of the people to fight against all those who implement policies that lead them to impoverishment, is evidently there. What is actually missing are the forces that will provide for a real alternative and the perspective for another society. Therefore, the battle must be fought to build these forces, alongside the small, daily struggles, both in Brazil and Latin America but also in the rest of the world.