Why Greek shipowners are so keen on the war in Ukraine 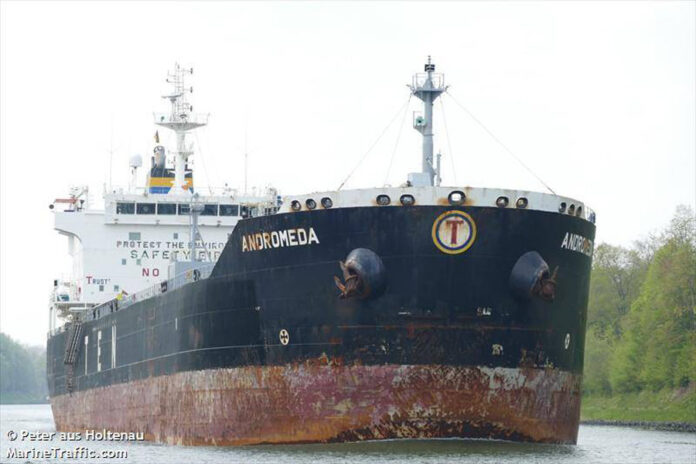 Around this time last year, in May 2021, Panos Laskaridis, a Greek shipowner and then member of the Union of Greek Shipowners (UGS) Board of Directors, made a truly astonishing statement:

He was forced to resign from the Board of the UGS a few days later because of this outspoken honesty.

To prove him right, the Greek government, together with the governments of Malta and Cyprus, blocked the Commission’s proposal for a blanket ban on the transportation of Russian oil and gas by all shipping companies based in Europe, including the Greek ones. They actually did so at the best timing for Greek shipping capital, which is currently enjoying huge profits because of the war in Ukraine!

An analysis published at Lloyd’s List (an analytical information service for international shipping) has documented this new… miracle for Greek capitalists.

From the end of February, when Russian imperialism brought about the invasion of Ukraine, until the end of April, and despite international sanctions, some 4.5 million barrels of crude oil, worth $509 million, were shipped from the main Russian ports on a daily basis. Between April 1 and 27 in particular, 76 out of the 190 tankers carrying crude oil and diesel, belonged to Greek shipowners! A year ago, for the same period, there were 30 Greek ships used!

Many reports also name the shipowners who used this opportunity to increase their turnover out of the Ukraine war. These are:

The above groups’ profitability is truly shocking! According to Baltic Exchange data, the freight rates for direct charters from Russian ports in the Baltic and Black Sea have climbed from about $6,000/day before the invasion to $350,000/day after the invasion! This means that their profits have multiplied 60-fold!

Greek shipping is once again proven to be the “jewel in the crown” of Greek capital.

Indeed, with a fleet of 5,000 ships, Greek shipowners control 20% of the world’s tonnage (this term is used in shipping to compare sizes on the basis of the available space for transporting goods) and 60% of European tonnage. In particular, they control 30.25% of the global tanker fleet, 14.64% of the global chemical and oil derivatives fleet, 15.58% of the global LNG/LPG fleet, 20.04% of the global non-packaged dry cargo fleet (e.g., grain, coal, etc.) and 9.53% of the global container fleet.

On the other hand, this “jewel” of Greek capitalism has been enjoying 56 special tax exemptions for decades. These exemptions are guaranteed by special laws. The shipping industry is actually one of the most protected fields by the state. This is how Greek shipowners have come to not give a damn about anyone or anything, be it flags, rules, taxes and above all society and workers!

Share
Facebook
Twitter
WhatsApp
Viber
Email
Previous articleAustralia: Who is Anthony Albanese?
Next article“War in Ukraine and tasks of the Left” – Andros Payiatsos’ interview in PRIN