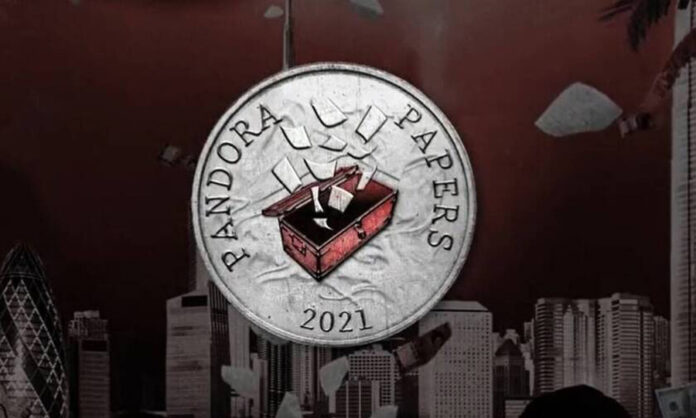 Ordinary working class people have been watching in amazement for a few days now the information about the leak of almost 12 million documents related to the creation of off-shore companies, known as the “Pandora Papers”.

Through these companies, their owners were able to hide their identity and avoid taxes in their countries. In this way, they could also (potentially) launder “black money” earned through illegal activities, amounting to hundreds of millions or even billions of euros/dollars.

Many will remember the “Panama Papers” a few years ago, which also revealed huge schemes of tax avoidance and fraud in a similar way. This leak seems to be even bigger in terms of both the volume of documents (up to 2.94 terabytes) and the total amounts involved.

The leaked documents were obtained by the International Consortium of Investigative Journalists (ICIJ) which shared them with major news outlets such as the French Le Monde, the British Guardianor the American Washington Post. Their journalists have been studying this material for over 18 months and started to publish the information in the last few days.

In addition to the names of celebrities, artists and others, the case involves globally famous politicians: 35 heads of state or former heads of state, such as Tony Blair, Vladimir Putin, the King of Jordan, the Prime Minister of Czechia and the Cypriot President, ect. Also, a total of 330 ministers, government officials, judges, and military officers, from 90 countries.

Apart from the vast sums of money, the activities of the already millionaires and billionaires even include the possession of works of art, such as archaeological relics from Cambodia, Picasso paintings or even works by Banksy!

And yet it’s all legal!

Something important that needs to be stressed is that these practices are legal!

It is very difficult to calculate the amounts recorded as lost in the Pandora Papers. ICIJ journalists’ estimates range from $5.6 trillion to $32 trillion, while the IMF estimates that the cost for the states’ budgets internationally (losses from tax evasion) could be as high as $600 billion per annum.

Who pays for this bill?

We all remember how tax evasion has been targeted by the media, especially during the last great crisis (2008-9). They wanted to promote the “personal responsibility” of the people for the income loss of the state budgets, to then justify austerity. In Greece the emphasis given in media propaganda about receipts not given for selling bakery snacks has become a popular joke. We also witnessed grotesque incidents like street-food sellers being arrested for not giving receipts.

It would be funny, were it not tragic. Sums with many zeros at the end are lost for the state coffers, as they fly away to off-shore companies based on exotic islands, further inflating the already bloated accounts of the rich, celebrities and politicians. We can all understand that if this money was taxed (and used for the common interest) in the countries where it originates, the people of those countries would be able to enjoy better education, public health, public transport, a better environment etc.

Gerard Ryle, director of the ICIJ, explains that leading politicians have funnelled money into tax havens, so they have a vested interest in maintaining the status quo and are therefore likely to stand in the way of any attempt of changing these practices. The only way to stop the rich getting even richer using this method of legally stealing money that should have been public, is to abolish tax havens and the legal loopholes that allow banks and financial houses to speculate so grossly, either for their own interests or for those of their wealthy clients. But, as Ryle rightly asks:

“When you have world leaders, politicians, public officials, all using secretly these mechanisms, then I don’t think we’re going to see an end to it.”

The capitalist system will obviously not put no end to this.

The only way out of this rot, is for the economy and society to be organised in such a way that the working people are able to reap the fruits of their labour and the profits are used to meet their needs and improve their living conditions. This can only happen in a truly socialist society, in which workers themselves are in control and decide on the organisation of the economy and society. To get there, of course, we first need to build the mass revolutionary parties of the Left that are ready to fight the battle to overthrow capitalism to the end.