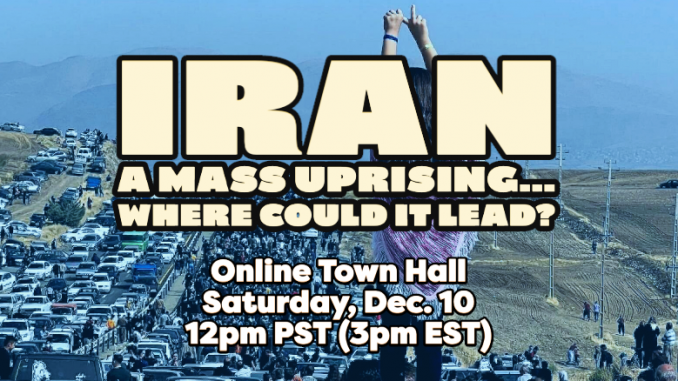 We repost the details of the online public meeting that is organised by the Speak Out Now group in the US. The main speaker will be comrade Morad Shirin from the Iranian Revolutionary Marxist Tendency

Iran: A Mass Uprising … Where Could it Lead?

The death of Mahsa (Jina) Amini after her beating by Tehran’s so-called “morality police” has sparked one of the most significant and sustained protest movements in the history of the Iranian regime. What are the prospects for the movement, and what is the potential for the working class to organize a decisive breakthrough?

Morad Shirin, a revolutionary socialist activist and a member of the Iranian Revolutionary Marxists’ Tendency, will be giving a presentation, followed by a discussion.