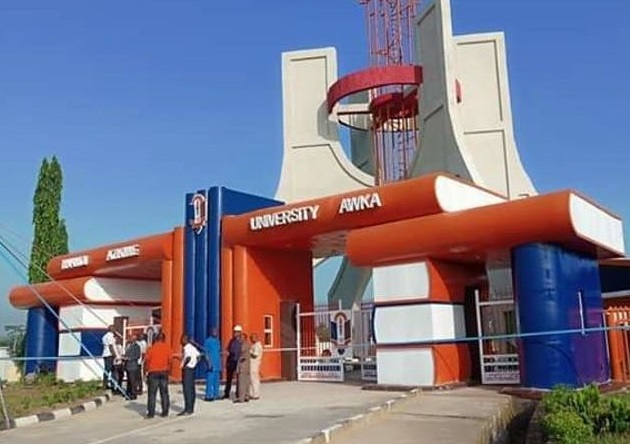 Our attention at Workers and Youths Solidarity Network (WYSN) has been brought towards the robbery and rape incidence which occurred on the late hours of Friday 20/01/2023, at the private hostels located around the vicinity of Nnamdi Azikiwe University, Awka, Anambra State. Report also has it that this area has been under siege of hoodlums for over 2 weeks. We condemn the lackadaisical attitude of the State Government as well as the Men of the Nigerian Police who were aware of this development but didn’t prioritize to provide urgent adequate security measures. Perhaps if it were to be a presidential visitation, the entire area would be heavily militarized. We hereby call for an immediate, effective, improved and sustainable security measures that will not only curb the current unrest and prevent future ones. We also call on the government to fund the construction of hostel facilities inside the institution, which is considered more secure and within the security capacity of the university.

According to the reports published by the Punch Newspaper; “no fewer than 10 female students have been raped and robbed when armed robbers invaded six off-campus student hostels at Ifite, near the Nnamdi Azikiwe University, Awka, Anambra State. The hoodlums, numbering about 20 stormed the area at about 8:00 pm on Thursday, going from one hostel to another until 5:00 am on Friday, during which they robbed students of their valuables and raped some female students.” Punch also reported that “this was barely a few days after hoodlums also killed some security men and a 200-level student of the institution around the area.” Punch continued that “the hoodlums have been visiting restaurants and bars robbing students and bar owners at gunpoint between 7:00 pm and 9:00 pm on a daily basis.”

While the security meeting between the Students’ Union, School management and the police is a progressive move, we hold that the Police shouldn’t be waiting for such a meeting before they provide adequate security measures in this area. More so, as this is not the first report of broad-day robbery and armed attack on students this month. Similarly, we condemn the attempt of Anambra State government to deny clearly proven rape and injury events during the attack. As reported by Dailypost, “a special assistant to Anambra State governor, Mr Ejimofor Opara said the reports (of rape and injury) are false”. Mr. Opara further stated that “there is no report/record as being peddled by some online media and national dailies tagged ‘17 persons injured and nine female students raped in a hostel’.” Clearly, from our discussions with students and as reported by Punch Newspaper, the attack involved robbery, use of force, and raping. One of the students, as reported by Punch, said “we are still struggling to discourage one of the female students that were raped from hurting herself further. She was a virgin and they raped her twice and we are holding her because she wants to commit suicide.”

We hereby call for a holistic investigation into this matter by an independent body and that all offenders should be brought to book. We call on the Nigerian police to immediately deploy sustainable security measures at this part of the state. We also call on the school management to constitute a committee comprising representatives of the students, community and staff to conduct an independent investigation and to deploy other security measures for the university community.

All of these insecurity issues could have been avoided if there were enough hostel and accommodation facilities in the school premises for the students. Instead of this, as we have seen in other institutions like OAU, FUTA, etc. where school managements prefer to divert the money meant for accommodation into other things, give rights in form of public-private partnership (PPP) to their business partners to build hostels and lease at pocket-tearing prices to the students. One of them is the maintenance hostel in OAU which costs averagely N100,000 per student when the public hostel is more than 20x cheaper. We hold that if more hostel facilities are constructed inside the school premises for the students, students will no longer be faced with the menace of gross insecurity, epileptic power supply, exorbitant transport fare, pocket-tearing house rent, extreme landlord policies and general discomfort.

At WYSN we believe that only an institution which is run on a democratic setting can start to utilize the collective resources of the institutions for the collective interest and benefit of the people. We believe that free and functional education is possible if our collective resources are put into good use. This is why we campaign against hikes in tuition fees, dressing codes, insecurity, autocratic method of governance, and capitalism. If you share the same belief with us, join us today!