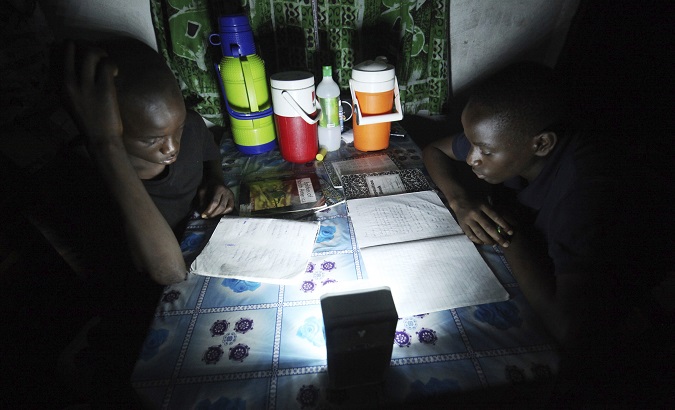 For the fifth time in 2022, Nigeria’s power grid collapsed leaving millions of people without access to electricity.

According to reports from verified media outlets, but also the press statement by the Electricity Generation Companies (GenCos) and the Electricity Distribution Companies (DisCos), Nigeria experienced a nationwide outage on Sunday, June 12. It was the day when Nigerians were celebrating the return to civil rule, what the ruling class prefers to call ‘Democracy Day’. The national electricity grid crashed with light bulbs in different parts of the country fluctuating before they completely went off.

This is the fifth time Nigeria experienced a  power system collapse this year, the last crash being on April 8th-9th, 2022.

According to a top GenCo official, the nationwide outage began around 6pm as the electricity generation from various power plants dropped.

The Revolutionary Socialist Movement (RSM) protests against the continued failure of the state and the private sector to secure electricity as a basic human right to all Nigerian citisens. We consider the Nigerian ruling class, which is thirsty for more and more profits, to blame for this collapse of the power sector. This is despite the huge amounts of money that are spent by different administrations to support the private sector in energy production and distribution.

In fact, billions of Naira of public funds were used to bail out the different companies in the power sector. N6 billion released by the Central Bank of Nigeria (CBN) to the Ibadan Electricity Distribution Company (IBEDC) were mismanaged and the same happened with other distribution and generation companies.

To us, the Nigerian power sector has suffered from massive corruption and manipulation by many appointees and profiteers in the last 61 years. This was possible because of the lack of accountability and transparency in the system.

The privatisation of the power sector made it difficult for Nigerians to have 24-hour electricity supply. That is the main reason why 43% of Nigerians don’t have access to  electricity, so they are forced to rely on solar power, power banks and generators. The country ranks 171 out of 190 nations in terms of access to electricity, according to the World Bank.

As we speak, Nigeria power plants stations can’t generate up to 5,000 megawatts, when its grid has an installed capacity of 12,522 megawatts! The organisation of this system has obviously failed, it only continues to work for the sake of the profits of those involved!

Time to demand an end to all of this!

The RSM stands completely against the    “estimated billing” system and demands that all customers pay according to their actual consumption. All citizens of Nigeria deserve 24-hour electricity coverage, at an affordable price considering their incomes.

It’s on this basis that the RSM is calling on Nigerian workers, small medium enterprise, farmers, students and youth to demand an end to this hardship. Join us in demanding the renationalisation of the power sector without compensation to the energy giants. All the wealth of the power sector should return in the hands of society that has paid for it. We are also asking for the democratisation of the power sector, which should be controlled and managed by the elected representatives of the working people and the local communities. We call on the leadership of the Nigeria Labour Congress (NLC), the Trade Union Congress of Nigeria (TUC) and the Nigerian Union of Electricity Employees (NUEE) to declare a day of actions, in order to begin to send signal to the ruling class and the corrupt DisCos and GenCos management that it is time that they stop exploiting public funds and pay back the people of Nigeria what they have already pocketed.

That is the only way we can begin to resolve the crisis in the power sector.

Share
Facebook
Twitter
WhatsApp
Viber
Email
Previous articleNigeria: 29 years on, lessons of June 12, 1993, and the 2023 general elections
Next articleReportage of the public meeting in Brussels on hydrocarbons, war and conflicts in the Eastern Mediterranean