Joint Greek-Turkish-Cypriot statement: We won’t go to war for the energy giants or our governments 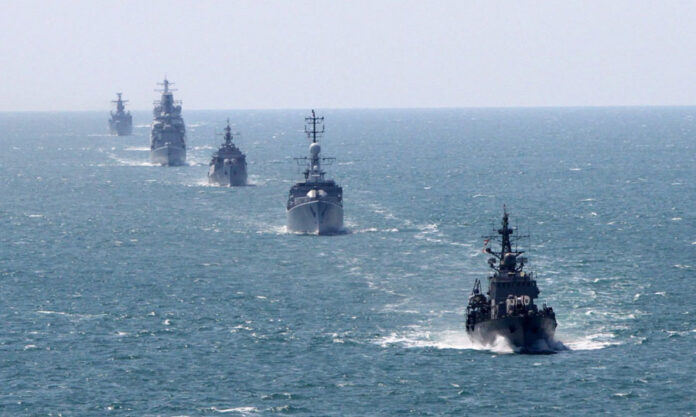 We publish the common statement by the Don’t Dig/Kazma Birak/Μας Σκάβουν τον Λάκκο campaign. This campaign was set up by environmental movements and organisations in Turkey, Cyprus and Greece, to fight against the threat of extractions and wars.

In the course of the past few months, we witnessed a reescalation of tensions in Turkish-Greek relations. Both countries continue a mad arms race while they send letters to the UN complaining about each other’s violations.

The fight for domination in the wider area between the two ruling classes has been going on for a long time. Turkey is trying to play an independent regional role while Greece wants to get on top as the watchdog of the Western alliance. Also, the deep economic crisis in Turkey and the approaching elections seem to be an additional factor in pushing the AKP government to play the nationalism card. Both governments announce new arms purchases, in a race which causes a continuous economic bleeding. While the Turkish, Greek and Cypriot people suffer from the impact of a new economic crisis and from inflation, the Turkish government announced a rise of 15% in its military expenditure and after the NATO summit “bazaar” will now be able to buy the US F-16 jets. Greece is faced with the danger of a new debt crisis but at the same time it spends a shocking 2,8% of its GDP in military spending, the second largest percentage after the US in NATO!

The dragging out of the war in Ukraine has intensified the energy crisis. The prices for oil, gas and electricity are soaring, and our people pay the price, while the energy giants make huge profits. The war in Ukraine has also shifted the public discourse from “green transition” to “energy security”, both internationally and in Eastern Mediterranean. As a result of these developments, it seems that Turkey is restarting explorations for oil and gas drilling in the Aegean and East Mediterranean. The Greek government has also announced “new projects” for oil and gas drillings in the same areas. In Cyprus, Italian Eni and French Total energy multinationals have recently begun drilling an exploration gas well at Block 6.

Oil and gas explorations also serve as a useful propaganda tool, used by all three governments to present a ray of hope for the poor, i.e., that if natural gas is found, the economy will improve. That is of course also a lie, as the people of a lot of countries in the global South know: it is the multinationals that get rich from the exploitation of natural resources, not the people.

The future of the EastMed pipeline still remains uncertain. There are talks between different countries on how the East Mediterranean oil and gas will be drilled and carried. On the one hand, the Israeli and Turkish governments announced they would soon start negotiations regarding the transfer of Israeli natural gas to Europe via a pipeline which will pass through Turkey. On the other hand, Greece and Cyprus try to upgrade their relations with Israel and Egypt, with the view to transfer natural gas through Liquified Natural Gas shipments.

We, as the Don’t Dig/Kazma Birak/Μας Σκάβουν τον Λάκκο campaign, believe that the policies of a return to fossil fuels triggered by the energy crisis are in essence ending any meaningful attempt to achieve the (inadequate anyway) 1.5οC Paris Agreement target. In fact, they have revealed the hypocrisy of capitalists and governments when they were talking about the “green transition”. All they cared about was their profits. A full return to energy production through coal, oil, gas and nuclear power means more environmental disasters and acceleration of climate change and species extinctions.

We state that we will fight with all our might against going to war for the sake of the profits of the energy giants, or the competitive nationalist aspirations of our governments.

We address a call to all movements in Greece, Turkey and Cyprus to build ties with each other and defend the interests of the people to live in a peaceful and sustainable environment,  against the energy giants and the warmongering governments.

We, as Don’t Dig/Kazma Birak/Μας Σκάβουν τον Λάκκο campaign, in which ecological organizations from Greece, Cyprus and Turkey are represented, will continue to defend life against the intertwined dangers of war and environmental destruction.