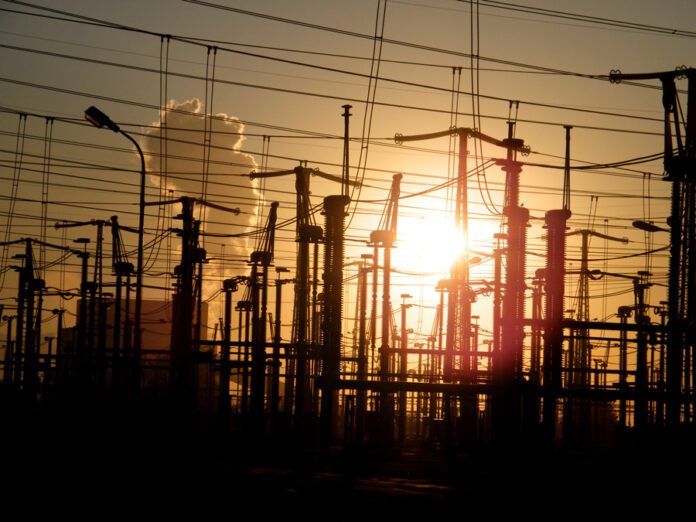 As the war in Ukraine drags on and Western governments intensify economic sanctions on Russia, they are forced to seek alternatives to Russian gas and oil.

In response to the western sanctions, the Russian regime is now demanding to be paid in rubles for the gas it exports to “unfriendly countries”, threatening to cut off supplies otherwise. Consequently, the EU – which is the block of countries predominantly concerned by this threat – is not only turning back to coal-fired plants and plans to expand nuclear power, but is also looking for new sources of oil and, above all, gas.

The “environmentally sensitive” West is betting on solutions involving major new environmental risks and on cooperation with countries in which human rights are brutally violated and the local population lives in extreme poverty and exploitation. At the same time, in all of these fields, it is the big energy companies that will profit from this new turn in energy policy.

Among the allies of the West are the hydrocarbon-rich regimes of the Middle East. The US and the EU are imposing economic sanctions on Russia using as a pretext the brutal attack on Ukraine, as they are supposedly trying to protect civilians and defend human rights.

But they have no problem in moving towards even closer trade relations in the energy sector with regimes such as Qatar, which has recently been discussing how to supply Germany with large quantities of natural gas in the coming years. The plan includes the construction in Germany of two liquefied natural gas (LNG) receiving stations from Qatar as part of a plan to gradually wean Germany off Russian gas.

Meanwhile, Qatar may not have recently invaded a neighbouring country, but it is considered one of the countries where human rights are systematically violated; women are treated as the property of men; and during the ten-year period in the run-up to the World Cup, it is estimated that at least 6,700 migrant workers were killed in accidents on construction sites, due to the practically non-existing health and safety measures in workplaces.

As for the United States, despite the clouds that have been gathering over its relationship with Saudi Arabia and the United Arab Emirates, it has for decades enjoyed close cooperation with these countries, thanks to the oil that the latter produce in large quantities. Following Russia’s invasion of Ukraine, the US and Britain have been trying to keep the powerful Middle Eastern states on their side, hoping to increase the number of barrels of oil imported from them. So far, this attempt does not seem to be producing the desired results. Thus, the US is forced to put its hand on the “strategic reserves” of oil available for emergencies. But this does not in any way diminish the extremely close cooperation that the West has maintained for decades with the authoritarian, extremely conservative regimes of these countries.

Nor, of course, can anyone forget the role of the Western powers in initiating wars in the region. The latest example is the war in Yemen, where the US and Saudi Arabia are militarily supporting one of the factions claiming power in the country. The war in Yemen has led to a process of disintegration of the social fabric and a dire hunger crisis. After almost eight years of war, nearly one in two people have no access to adequate food, four million people (out of a population of 30 million) have been displaced, and by the end of 2021 the war had claimed 377,000 lives (people who died either in armed conflict or by starvation), 70% of whom were children.

It is on these allies that the West relies to deal with the energy crisis that is intensifying each day due to the conflict with Russia. All this in the name of protecting the civilians of Ukraine, fighting for freedom, establishing peace and other such fairy tales.

Catastrophic mining in the USA too

Meanwhile, the search for oil and natural gas reserves by Western countries is not limited to the Middle East. In the US itself, mining has boomed in recent decades thanks to fracking, which started out as a method of extracting natural gas but then expanded to oil. This method has given mining companies access to large hydrocarbon deposits that they could not otherwise exploit, as it allows extraction at great depths and in unconsolidated deposits. Over the past decade, it is estimated that $340 billion has been spent in the US to advance fracking as a method of oil and gas extraction.

This is a method which has serious environmental consequences and, while it is used on a massive scale in America, it is banned in many European countries.

Fracking allows natural gas and oil to be released from rock formations by causing cracks hundreds of meters deep, into which water, sand (to keep the cracks open) and various chemical mixtures are injected under high pressure. Unlike mining from big deposits, production drops relatively soon after each project is opened, so new wells are constantly required to keep up production.

In addition, fracking requires large quantities of water (on average it is estimated that it takes eight million litres to drill a well, the same amount of water as a city of 65,000 people consumes in one day). It also threatens the quality of underground water deposits, as there is always the risk of a leak of chemicals used, and it destabilises the subsoil, increasing the risk of earthquakes. Finally, the extraction wells allow a proportion of the gases trapped underground (such as methane, which is the main component of natural gas) to escape into the atmosphere.

This method has allowed the US to extract large quantities of oil and gas in recent decades. Particularly in the field of LNG (liquefied natural gas transported around the world in huge tankers), exports have been on the rise, particularly in recent years. In March, Europe bought 65% of US production, whose total LNG exports rose by 16% in the same month.

Old and new deposits – Africa back in the spotlight

But because all the above is not enough to outweigh the Russian production, Western countries and the big energy multinationals are looking for new deposits and expanding the exploitation of existing ones around the world. This plan could not leave out Africa, which Europe and the US have consistently treated as a giant supermarket of natural resources from which they can get what they need by paying peanuts and leaving their rubbish behind.

A key point of the plan concerns Nigeria’s large energy reserves and the expansion of the transport network. The plan on which Nigeria, Niger and Algeria have so far agreed involves the construction of a natural gas pipeline starting in the former and crossing the other two African countries, with a final destination in European countries such as Spain and Italy. This is a project that has been on hold for a long time and is now back in the news because of the energy crisis.

The construction of the Nigal pipeline is expected to cost $21 billion and will be able to transport 30 billion cubic meters of gas per year from Nigeria to Algeria (which is the second largest producer on the continent) and from there to Europe. Although this pipeline cannot be an immediate solution to Europe’s energy problem, it is considered that in the long term it could contribute to a smooth supply of gas to the EU.

As for Nigeria, of course, it will continue to experience the effects of the extreme environmental degradation to which decades of hydrocarbon extraction in the Niger Delta has led. At the same time, the enormous poverty to which mining companies have condemned the vast majority of the region’s inhabitants will continue to increase, destroying every alternative source of income such as fishing, agriculture, etc. At the same time, yet another 4,000 kilometres of natural gas pipeline will constantly threaten to leak greenhouse gases, especially methane, into the atmosphere. But for European governments and energy companies, these are details… After all, a large part of the pipeline will cross the desert. Who will notice?

Another important gas field is located on the eastern coast of the continent, in the maritime area between Tanzania and Mozambique. So far Total, one of the main companies in charge of exploiting the field, has halted the works because of violent clashes between the country’s army and Islamist terrorist groups. However, in the current circumstances, both Mozambique ‘s government and Total seem keen to speed up the resumption of the project. This interest had already been expressed as early as the beginning of the year following the first symptoms of the energy crisis and before the outbreak of the war in Ukraine. Mozambique is the African country with the third largest natural gas reserves after Nigeria and Algeria, with 2.8 trillion cubic metres under the seabed at its northern coast.

In recent years, the province of Cabo Delgado has seen billions of dollars in infrastructure investments by companies such as Total, Exxonmobil and others. At the same time, coastal residents, who have traditionally made their living from fishing and agriculture have been driven out of their areas en masse. The Tanzanian Government is also interested in exploiting the same resources, and it openly says that the situation in Ukraine is a golden opportunity for business. It is not, of course, the impoverished inhabitants of the country who will benefit from this business, but the corrupt politicians and local executives of the energy multinationals.

The crisis in the energy sector is on the one hand the result of the absurdity of the organisation of energy production under capitalism and on the other hand of competition and war. Today, the worsening of the energy crisis due to the war in Ukraine has created favourable conditions for the proliferation of environmental disasters throughout the planet. From the designation of nuclear energy as a “green alternative”, to the return to coal and the race to discover and exploit new gas and oil deposits, capitalists are once again creating a nightmarish future for the vast majority of people around the world. The recent IPCC report again sadly confirms that prospect.

The peoples of the planet have no alternative but to fight against big business and the governments that serve them. The battle for economic domination and war, constant destruction of the environment, poverty and exploitation are not some “errors” in the functioning of the capitalist system, they are characteristic of its very nature. Only by getting rid of it can we lay the foundations for a society of equality and peace, which operates on the basis of the needs of the majority of people and the protection of the planet.

Share
Facebook
Twitter
WhatsApp
Viber
Email
Previous articleTurkey: report of the public meeting organized by Başlangıç on the upcoming presidential elections and the socialist left
Next articleOKDE-Spartakos: A critique to the decisions of the Executive Bureau of the Fourth International concerning the war in Ukraine